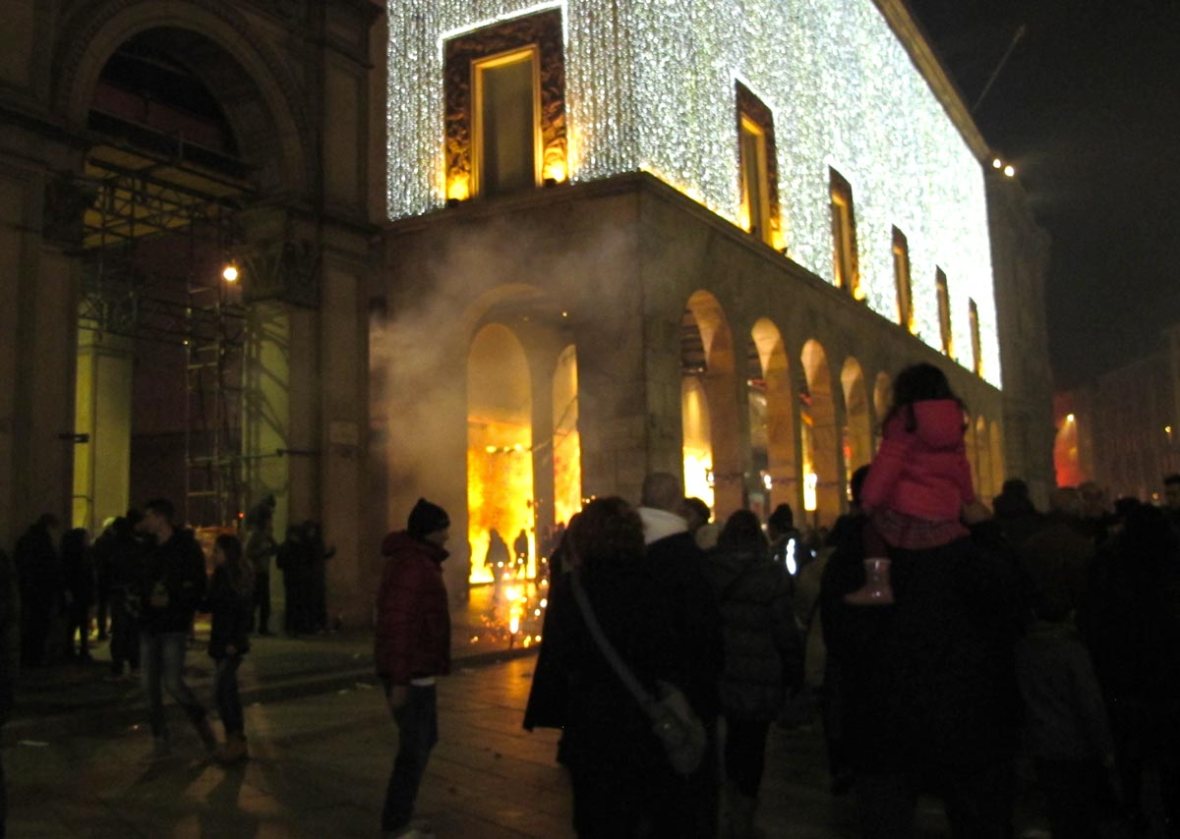 Last night we decided to do something novel for us: head down to the Duomo where rumor had it Elio e le Storie Tese, an Italian rock group, was playing in the square, regaling the Milanese with their music. Ever since I was nearly trampled to death at the Palio in Siena, I try to avoid going where the crush is apt to be crushing. But last night I let my husband talk me into checking out the city’s mood. 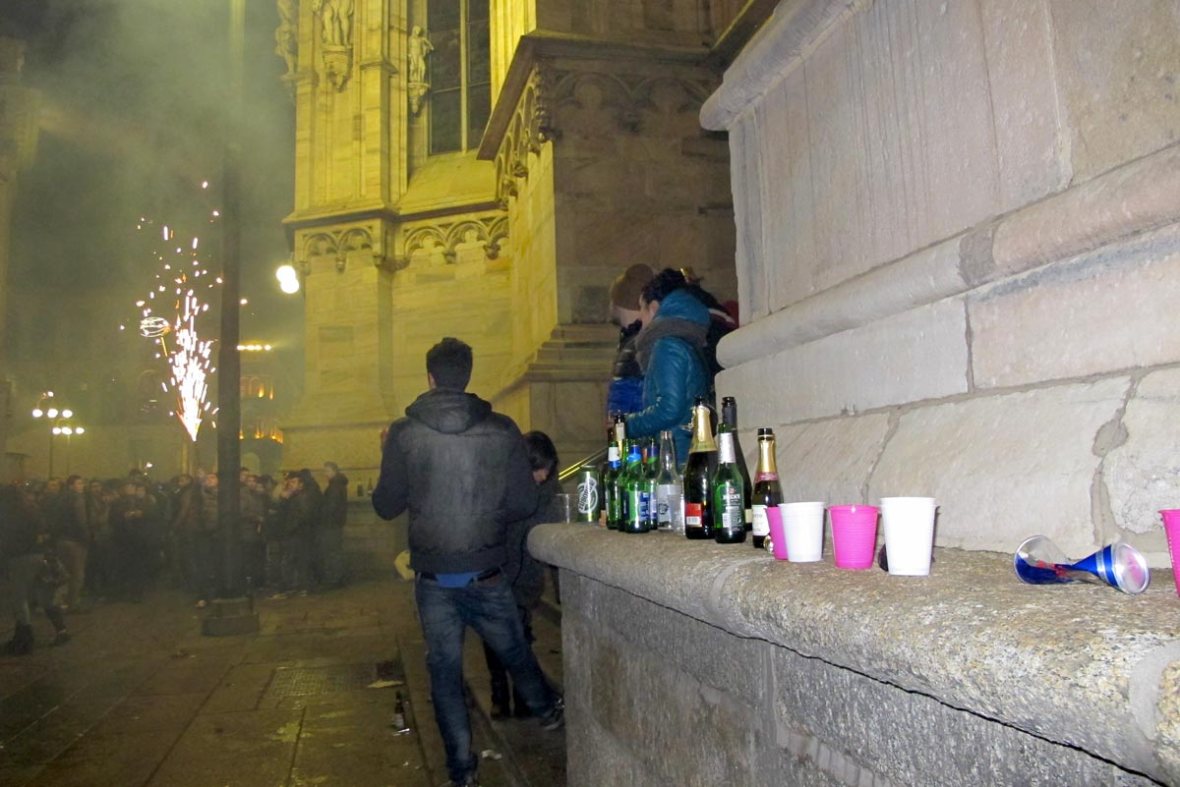 Down at the Duomo, not only did the crowd crush, but it sprayed champagne, set off rockets, lit bonfires and trashed the thousand-year-old cathedral turning it into an ashtray and stash for empties. Lots of people got their kicks out of lighting firecrackers and throwing them under other people’s feet. I imagined someone’s toes blown off and the crowd stampeding. 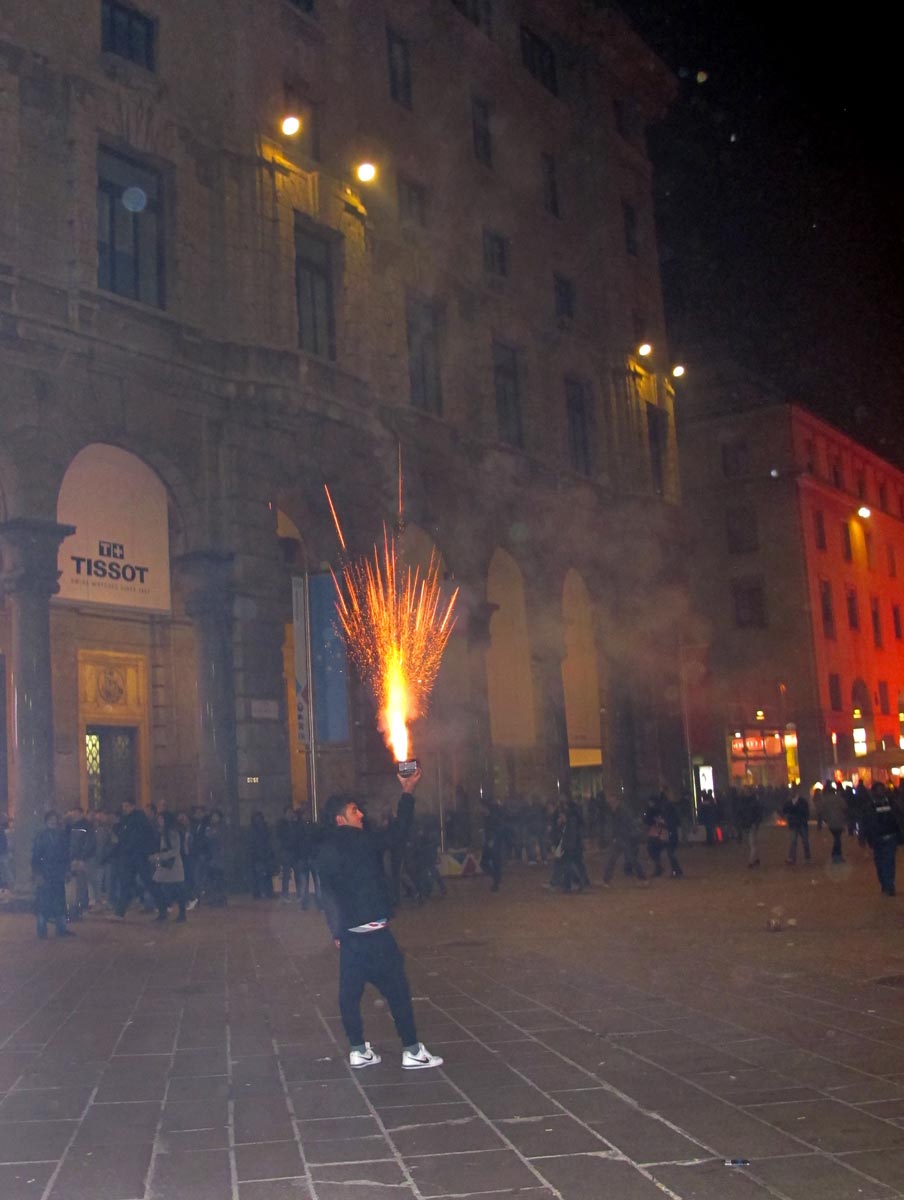 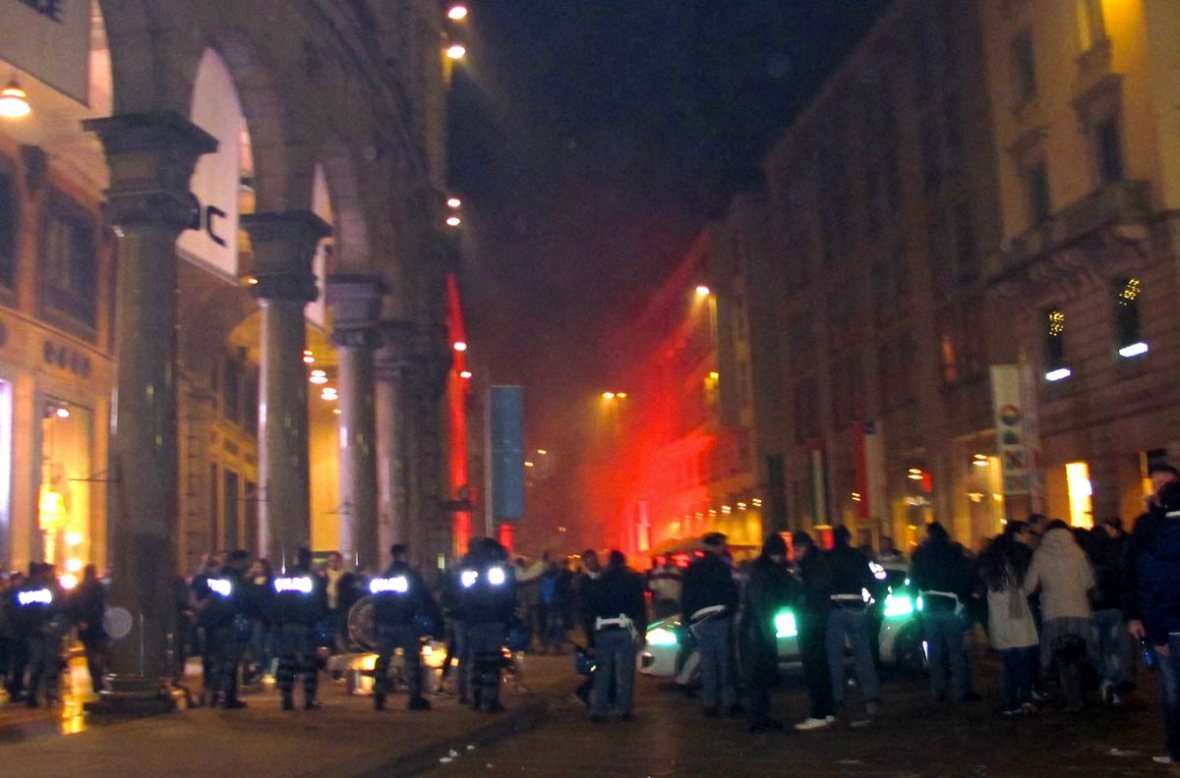 The police stood by watching but not interfering. They were outnumbered by the thousands. I blame the recession, increasing taxes and austerity for the mass outbreak of hysteria.

We snapped a few pictures and then headed home.

Today, the day after, as I sit here writing this, I can hear people outside still setting off firecrackers. More than good natured fun, it feels like protest.

Milan wasn’t the only city in Italy where church grounds were the scene of tasteless revelry. In Florence a young man was photographed urinating on the cathedral steps.

8 thoughts on “Urban Guerrillas with Firecrackers & Too Much Bubbly, or A Shocking New Year’s Eve in Milan”