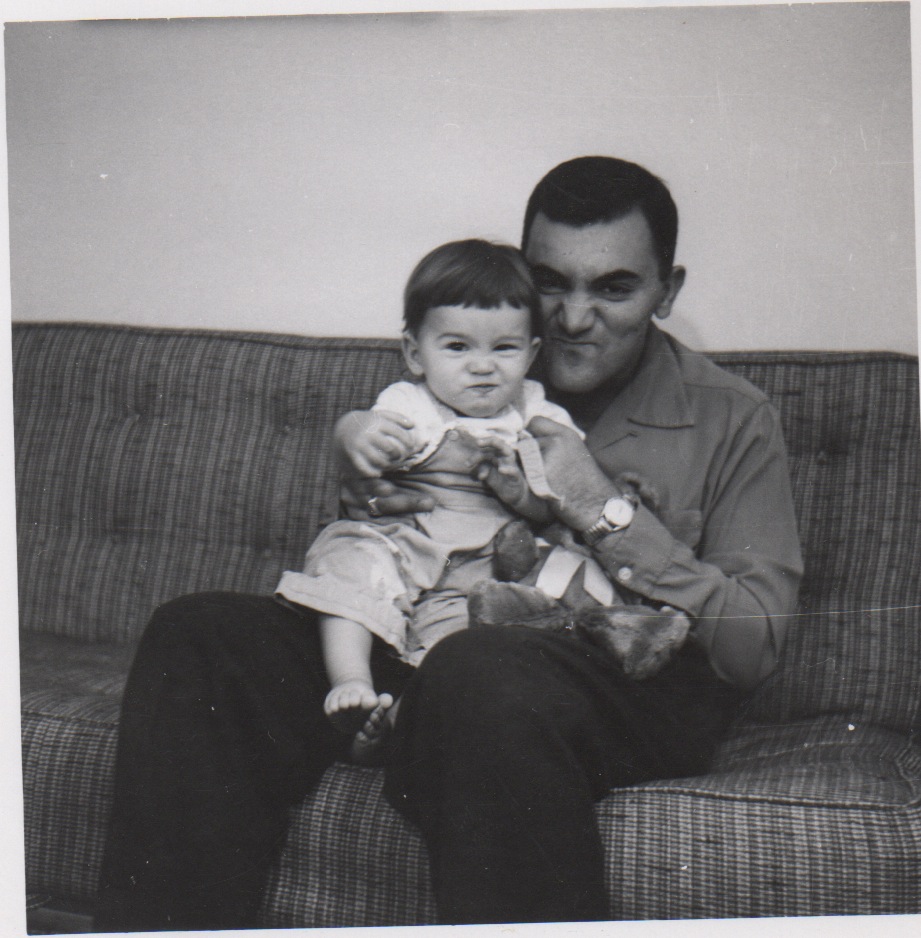 I can say I lost my father when I was six.

That was the year my parents separated. Although they weren’t divorced until a year or so later, I never spent long chunks of time with him after. I traveled from New York to Morgantown and later to Texas to visit him at Christmas and for two weeks every summer, but I was a kid. Instead of asking questions about his childhood (he grew up in Tehran, the son of well-to-do Russian émigrés) or his work (he was a professor of genetics), I roller skated in the driveway, swam in the pool at the complex or played Barbies in the bedroom with Rhonda, the girl next door. I didn’t know then that illness would cut his promising career and life short. And he never worried me with the fleeting nature of time.

My father is the boy in the sailor suit, front and center.

Maybe, if I’d had an inkling.

Maybe, if I’d been older.

I’d have sat next to his recliner in the den in Morgantown or the family room in Texas on at least one of those bi-annual visits and listened.

Dad died in 1978 when he was 45, from complications of multiple sclerosis.

Ever since I’ve lived with regret. What was it like for him growing up on well-heeled Jordan Avenue, Tehran, in the middle of an extended family of musicians, engineers and dentists? Did he ever go with my grandmother, Babi, when she taught piano to the Shah of Iran’s sister? Did he ever accompany my grandfather, Dida, on the civil works projects Dida oversaw for the Shah? What games did he play with General Norman Schwarzkopf (a classmate) before the General became a general? Who the first girl he ever loved? When did he know he wanted to be a scientist? Did he ever regret coming to live in America?

I will never know the answers.

My father is in the back row, center. Schwarzkopf is the blond boy to his right.

But not too long ago, through Numéro Cinq Magazine where I am a contributor, I met Lynne Quarmby, a professor of cell biology at Simon Fraser University in Vancouver. We ‘friended’ each other on Facebook, and began to correspond. One day, on a whim, I asked Lynne if she’d ever heard of my father.

“His name was Igor V. Sarkissian,” I wrote. “Back in the 60s and 70s he was experimenting on hybrid corn and beans (which is about all I know of his work).”

Lynne said she’d look and see what she could find out. A few days later she sent me this gift:

So far as I can tell, your father published 91 scientific papers (there may be others that my searching did not uncover). He produced a solid body of work, taking a biochemical approach to an important agricultural and intriguing physiological problem. There was a peak of interest in his work in the 70’s (during which time his work was cited 50 or more times per year in the published work of other researchers). As is typical of virtually all scientific papers, the citations tapered off over the years. However, and this is the remarkable thing, his work is still being cited today. The field of biology, including plant genetics is moving so incredibly quickly that the vast majority of papers drop out of sight within a few years. To be cited more than 30 years after publication is a significant accomplishment and your father achieved that with 5 of his papers. Because he worked in an area somewhat distant from my expertise, it is difficult for me to provide a synopsis of his body of work. In lieu of that, I choose to focus on his mostly highly cited work, a 1966 publication – which by the way, has already received a 2011 citation in a review paper (this means that a current expert in the field has commented on the impact of this particular piece of work by your father).   –Lynne

Lynne then reviews my father’s 1966 paper, about hybrid vigor, translating it into laymen’s terms. I won’t summarize the 1966 article here but the crux of the matter is this:

I’d had an idea that my father’s work had been important, but I had no idea as to its scope or that it was still generating interest. My father would be proud to know that he had made an impact after all.

When he found out, at age 24, that he had multiple sclerosis, he became single-minded, hoping to have enough time to be able to make some kind of contribution to the world of science. And the fact that he was able to partially do so lessens the sadness I feel for his short and somewhat unlucky life.

My father, a graduate student, age 22.

Postscript: It’s Father’s Day again and I’m Missing Dad, as always, every single day. But I’m also thanking Ralph, the stepfather who is generous and loving. I’m remembering Tom, my stepfather who passed away ten years ago. I’m sending hugs to Peter, the old friend of the family who has been like a father at important junctures. And to Enzo, my father-in-law, whose unselfishness and dedication motivate us to never give up. Dad, Ralph, Tom, Peter, Enzo. Happy Father’s Day!