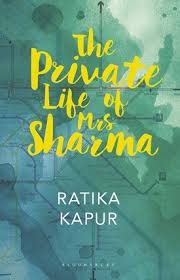 The names of these places speak of an ever-modernizing century New Delhi. The India Gate, the country’s memorial to the 82,000 fallen soldiers of WWI, was inaugurated in 1931 and sits astride the 19th century Rajpath. It is where today’s residents flock on Sundays, buying balloons or toy helicopters for their children and eating ice cream. The Hauz Khas neighborhood, one of the most affluent in South Delhi, is built around a medieval core. In addition to a 14th-century mosque, madrasa and royal tombs, it boasts art galleries, bistros and designer boutiques. Gurgaon, a satellite located thirty-two kilometers southwest of New Delhi, is witnessing rapid urbanization. Offices of many Fortune 500 companies now occupy the area’s mushrooming glass-and-steel skyscrapers. Likewise, cities like Greater Noida have grown rapidly to accommodate the vast inflow of newcomers with apartment buildings, some even with 24-hour-a-day water and electricity. Meanwhile, Barista in SDA (a café in South Delhi) sells Italian espresso, Shefali Sweets sells fine chocolate, while Shoppers Stop (an Indian chain akin to Zara and H&M) sells department store merchandise.

It is against this backdrop of the old versus the new, of tradition pitted against modernity, that the first person narrator, the thirty-seven-year-old receptionist in a posh Gurgaon gynecologist’s office, Mrs. Renuka Sharma, meets a stranger and her life takes a series of unexpected turns.

As befitting the global age and the theme of the novel, Mrs. Sharma’s husband is an absentee physiotherapist who has gone to Abu Dhabi to work and provide for his family. Gone for seventeen months when the novel opens, he earns a good salary that is totally tax-free. Frugal, he saves his money and then wire-transfers it to Mrs. Sharma’s bank account. Meanwhile, she lives with their fifteen-year-old son, Bobby. Since she is a traditionally dutiful wife and daughter-in-law, she has shifted to an apartment where she can also live with her in-laws during her husband’s absence, keeping watch over her father-in-law’s diabetes. But the sari-clad Mrs. Sharma is also technologically savvy; on Fridays and Sundays she Skypes with her husband on her Dell computer. Likewise, she is also contemporary in her ambitions:

One day when my husband and I save enough money, I will start a training academy for Office Management, Computer Proficiency, Personality Development and Grooming, Business English, everything.

She therefore willingly makes the sacrifice to live apart from him, choosing to ignore the voices of those who would pity her.

People are always saying to me, Oh ho, you poor woman, your husband is so far away! Oh ho, you poor woman, you must be missing him such a lot! Oh ho, you poor woman! and what not. It is true that he is far away [….] And it is true that I miss him. But what can I say? We have duties. As parents, as children, we have duties. I could keep my husband sitting in my lap all day, but when my in-laws grow older and get sick, who will pay for the hospital bills? The government? […] And what about my son’s education? […] Bobby has to do his MBA because he is going to work in a multinational company or an international bank.

She knows that in order to realize her dreams she can’t afford to take a wrong step. “Watch your step. Watch each and every step you take,” she says. But fatally, she doesn’t heed her own advice.

Although she claims she never talks to strangers, one day, after a young man at the Hauz Khas Metro station does her a small kindness, she quickly decides there’s no harm in thanking him. After all, his shirt is wrinkle-free, his pants have a very nice crease up the center of each leg and he wears a nice, striped tie—the kind she buys for Bobby. And days later, when the man, Vineet, asks her to go for a coffee at Barista, she agrees because it’s just an innocent outing. There is nothing wrong with later riding in his company’s limo and helping him choose an apartment to buy in Greater Noida. Nor is there anything amiss about accepting an invitation to go for an ice-cream on a motorcycle to India Gate.

But even if she claims there is nothing wrong with meeting Vineet, Mrs. Sharma lies to her in-laws, telling them she is going out with girlfriends or is working late. At the same time, she also lies to Vineet by omission: “I am a wife and a mother of a fifteen-year-old boy. This he does not know. And he does not have to.”

But most importantly, Mrs. Sharma lies to herself:

Who is he to me? He is just some man who I saw on the Metro, and I don’t know how, but we started talking to each other, and I don’t know how, but we have become something that is a little bit like friends, and that is all. We go on short outings together. That is all. And he has not even bothered to ask me anything about myself. If he does ask me, which I don’t think will happen because he seems to be the type of person who does not care about such things as your father’s name, your husband’s name, your address, your work and what not, but if suddenly for some reason he does ask me I will tell him.

Yet Vineet doesn’t ask her. As time goes by, Mrs. Sharma still keeps quiet. She doesn’t volunteer information about her troubles with her adolescent son who is misbehaving and needs his father. Nor does she tell him about her longing for physical closeness that the magazines in the gynecologist’s office where she works say is legitimate—even for women. She continues to see Vineet, keeping her secrets until events force them from her, rationalizing that she is merely following her husband’s advice to take a break from the pressures of “holding up the ceiling” of their home and nurturing their family.

…[M]y husband is probably right. From time to time everybody has to take a little holiday from this life, from all the big and small everyday things […] Maybe that is why I enjoy meeting Vineet. During those times, all the small, little difficulties of everyday seem far away

For the most part, she manages to avoid introspection, however, she does briefly reflect on how she has broken with tradition and done something unusual. But she soon closes the door on guilt and the skeletons that are fast accumulating in the closet: “I have become a bold woman. Still, what does it actually mean? What is a bold woman? What does she do? Isn’t she just a person who, like the men around her, does certain things without feeling scared?”

And thus, Mrs. Sharma continues forward along the course she has charted, not watching her step, not holding up the ceiling. Traditional values and modern manners continue to clash throughout the pages of this engrossing book, leading to a shocking yet thoroughly appropriate finale.

The Private Life of Mrs. Sharma is Ratika Kapur’s second novel; her first, Overwinter, which investigated the upper class of South Delhi, was long-listed for the Man Asian Literary Prize. Kapur, who originally worked in publishing as a fiction editor, has said in a recent interview with The Hindu that she found inspiration for The Private Life of Mrs. Sharmawhile riding the Metro. Sitting in the ladies’ car, she began wondering about the middle-class women she was observing. Reflecting on the state of writing in English in India, she also realized that none of it addressed this ordinary urban population. Instead, it was, she says, all about the exotic or the elite, including her own work.

One of this novel’s biggest challenges was posed by the language itself. Kapur wanted to use English in such a way that it was flavored by the urban Indian middle class, but without turning it into a parody—a challenge faced by all those who write in English about non-English realities. As she eloquently explains in the interview:

Wondering what this Hindi-speaking middle class [was] thinking is how I got started. The problem was the prose. […] I spent probably two years trying to get the voice right. I was basically trying to create a specific kind of prose aesthetics that would give voice to lives whose intimacies are coloured in Hindi, but whose ambitions are articulated in English. […] I didn’t want to do that quaint, cutesy […] patronizing prose. I wanted to collapse that distance between the English writer and her Hindi-speaking subjects. The idiom of this book doesn’t actually exist. Ever since Raja Rao, we have been grappling with that question: how do you capture in English an experience that has been lived in another language?

That the author succeeds admirably attests to her acute sensibility. One of her tools toward creating Mrs. Sharma’s particular, vivid voice, is to flavor Mrs. Sharma’s speech with genteel titles—bhaisahib, mummyji, papaji, Vineetji—drawing the reader into an intimate space. Another is to refer to places and things with acronyms without giving explanations—SDA, IIT, BeD—treating the reader as an insider, a friend, a confessor. But it is the style of the sentences themselves—the breathy, delicious sentences, the declarations that the reader knows are rationalizations—that render Kapur’s The Private Life of Mrs. Sharma with its unreliable narrator truly memorable.

In today’s global world, with significant others frequently posted across the globe, many of Mrs. Sharma’s experiences and dilemmas are not unusual. Traditional values all over the world are increasingly under fire. The sympathetic reader shakes her head, sighing, sometimes wryly smiling, but not condemning. Kapur deftly shows that separation and loneliness are the 21st century’s hard rows to hoe and she does it with grace.