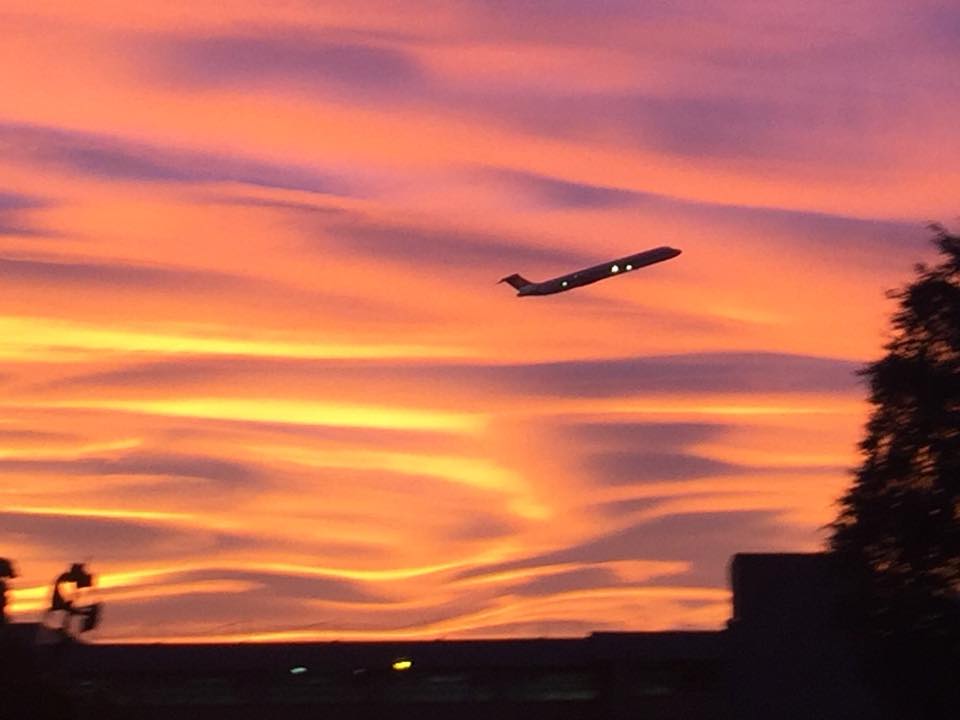 Last night’s sunset was the most spectacular I’ve ever seen. The clouds, strange red and orange filaments that recall Edvard Munch’s “The Scream,” were lenticular formations, a rare occurrence in this part of the world.

We were at Linate airport at the outskirts of Milan when the sun sank westward. The tarmac was in front, a man-made lake behind. We watched as the sky burned up before our eyes. Gold turned to fire red. Then the sky muted to purple and finally black. Several planes took off. The acrid smell of diesel fuel made our eyes water, the screech of engines made us cringe. It all seemed apocalyptic; it was too intense. I couldn’t help thinking this riotous sky before us could only be some sort of warning. 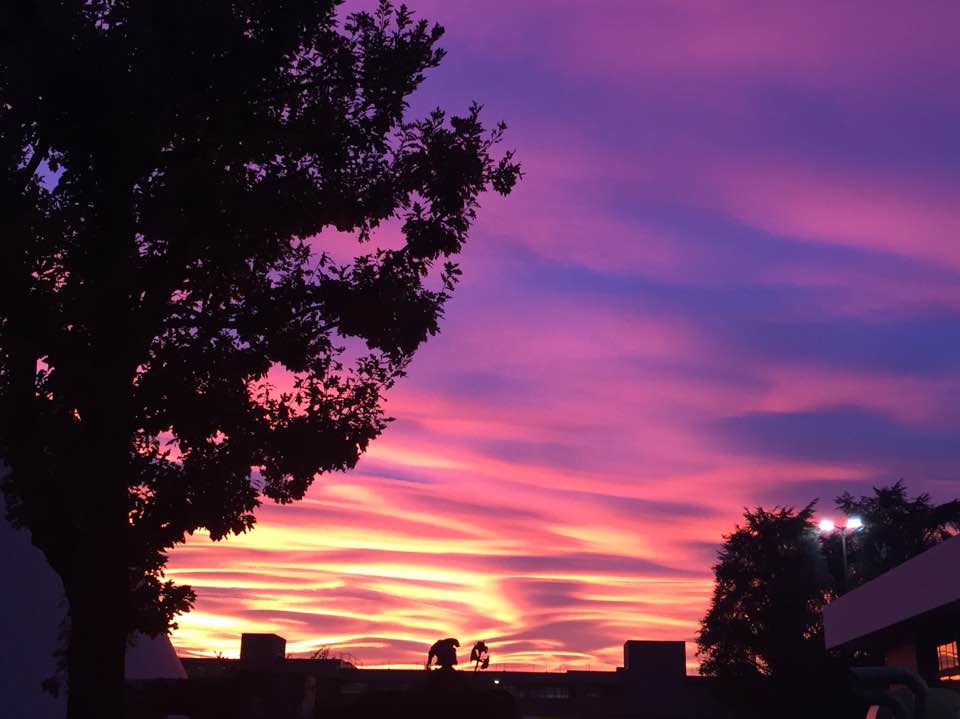 We later discovered that the sunset was visible from Milan to Como to Verona to Florence. Fiery photos of landscape and monuments appeared on the Corriere della Sera newspaper website. Later they were featured on the national news at 8.

Here are some of the dramatic shots taken by others: 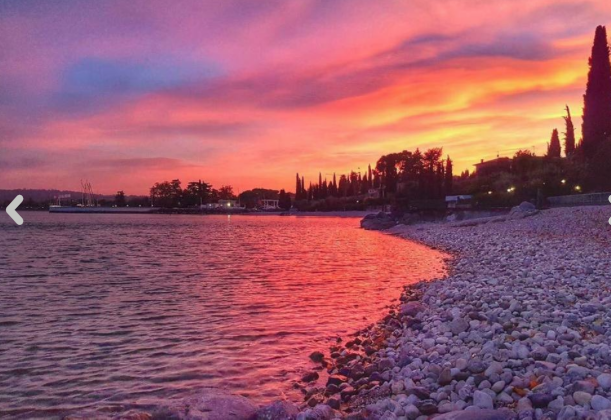 Now I understand Munch’s painting better. Here’s what he said about it:

“One evening I was walking along a path, the city was on one side and the fjord below. I felt tired and ill. I stopped and looked out over the fjord—the sun was setting, and the clouds turning blood red. I sensed a scream passing through nature; it seemed to me that I heard the scream. I painted this picture, painted the clouds as actual blood. The color shrieked. This became The Scream.”

Perhaps there were lenticular clouds overhead when Munch was out walking?