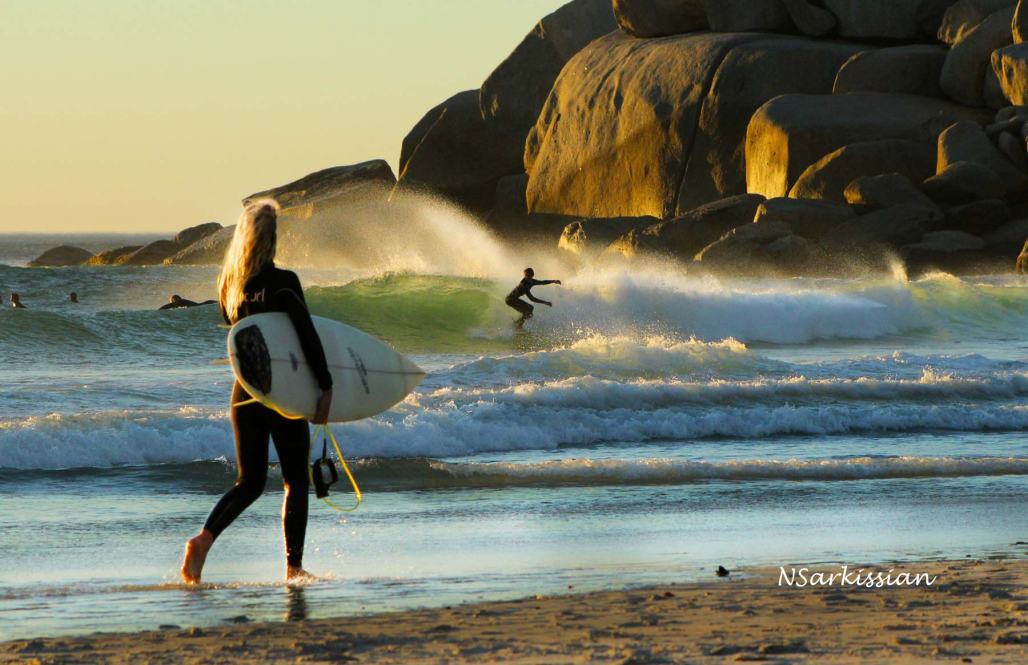 Last Easter I traveled with my two sons to visit the fourth member of our nuclear family—my husband, their father—who has been assigned responsibility for his company’s Jo’burg office. It was our first trip. On the plane—a night flight—we wondered as we flew south over the sleeping continent. What unexpected things would we find in a place where constellations are unfamiliar, the seasons switched, foods like springbok and biltong grace menus, man-eating sharks cruise bays, penguins waddle along beaches and townships still teem and thrive?

This is a first answer.

Art on the Green, Cape Town

Near the Abandoned Gold Mines, Johannesburg

Ladies at the Zoo, Pretoria

Monument to the 1976 Uprising, Soweto

Natalia Sarkissian has an MFA in Writing from Vermont College of Fine Arts and has been a contributing editor at Numéro Cinq since 2010.

This photographic essay was originally published at Numero Cinq Magazine in June 2012. Here are the comments associated with the original post:

One thought on “Gauteng and the Cape Peninsula: Encountering South Africa”